Robyn Gomez, Executive Board Member, Chair, Robyn Gomez is a Huichol-Xicana raised in the Northeast San Fernando Valley, she attended Los Angeles Mission College, Cal-State Northridge, and received her Master’s Degree in Social Work (MSW) from the University of Southern California. She first became involved at Tia Chucha’s Centro Cultural with Tonantzin Del Valle, the first women's circle at the centro. She has over 20 years of community organizing experience and working with local families using culturally informed practices in mental health services, medical-social work, gang intervention, and school (K-12 & higher educational) settings. She utilizes clinical interventions and ZERO TO FIVE core knowledge skills to engage families and the community through ancestral healing and social justice advocacy. Robyn has completed 40 hours of Domestic Violence Training with a specialty for Indigenous families and a domestic violence court advocate. She is a longtime supporter of Tia Chucha’s Centro Cultural and our current MSW-field instructor for the MSW graduate interns. Contact [email protected] 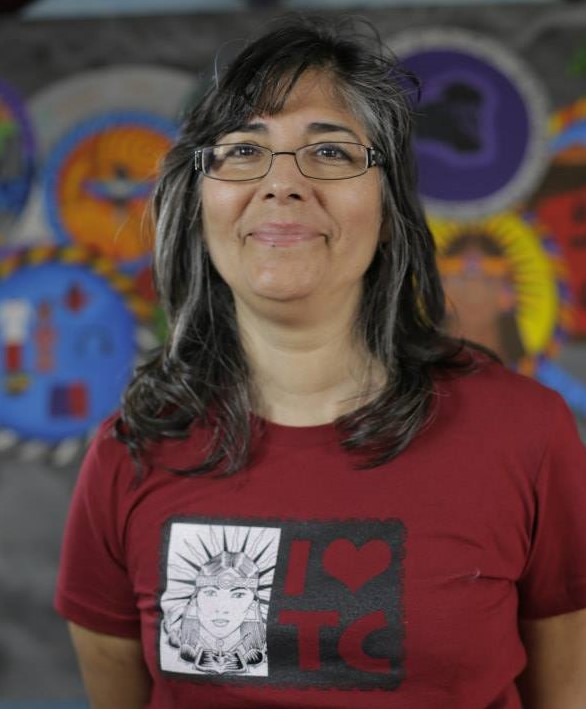 Trini Tlazohteotl Rodriguez Executive Board Member, Secretary, is co-founder of Tia Chucha’s and served as Executive Director until February 2018. A graduate of CSU, Northridge, she has experience as an educator, editor, writer, interpreter, business manager, and mentor. Adopted by a Navajo Nation Dine family, Trini conducts women’s sweat lodge ceremonies and talking circles for personal and collective healing. She views the arts and the recovery of ancestral knowledge as necessary to reconnect people to their natural creative capacities as artists and thinkers whose combined gifts can help realign our world to its most caring transformative possibilities. Active all her life, she writes, speaks and strives to impact systemic social change so that we may fully express our authentic selves and live the lives we were born to lead. Awards include: 2003 Local Hero of the Year, Hispanic Heritage Month KCET/Union Bank of CA; 2010 Mujeres Destacadas, Arte y Cultura Award, La Opinion;  2014 Mujeres de Corazon, Comision Femenil/San Fernando Valley; 2016 Community Hero Award, Los Angeles Dodgers; 2017 Maestro Award, Latino Arts Network; 2018 Outstanding Achievement Award, Tia Chucha’s Centro Cultural & Bookstore. She and husband Luis J Rodriguez produce “The Hummingbird Cricket Hour” podcast to explore thoughts and move hearts on pressing matters of life, social change, and philosophy. Contact: [email protected] 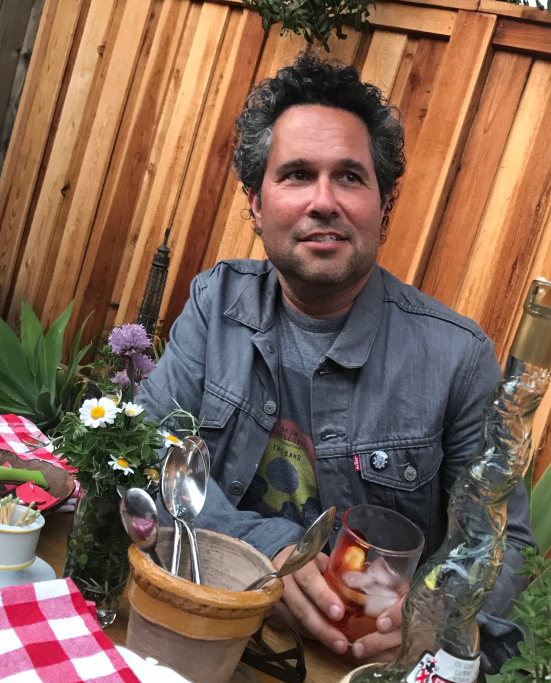 Curtis Stage, Executive Board Member, Treasurer is the current Chair of Arts, Media, and Performance and Professor of Media Arts, Cinema &amp; Photography at Los Angeles Mission College. He has been teaching at Southern California institutions of higher learning for over 20 years where he has been integral part of building relationships between colleges, students, and the surrounding communities. Curtis has built educational pathways from LAUSD, to college and then to career and has served as lead faculty on one of the largest Technology in Education Pathway grants in county history (LA HiTech/LA Chamber of Commerce/Mayors Office). Curtis also owned and directed a Multimedia Production company which produced broadcast commercials, documentaries, motion graphics, and websites. Currently, Curtis works in Multimedia Production on a freelance basis as a recognized professional Photographer and doing post-production and motion, camera operation, and web app/web interface design. Clients have included: Academy Awards, Emmy’s, Screen Actors Guild Awards, The Golden Globe Awards,  MGM Studios, Microsoft, Electronic Arts, Touchstone Pictures/ILM, Suissa-Miller, and Sierra Club. Curtis also produced and co-hosted the Best Coast Show sports show. Mr. Stage also shows photographic art internationally with Durden and Ray gallery in Los Angeles. 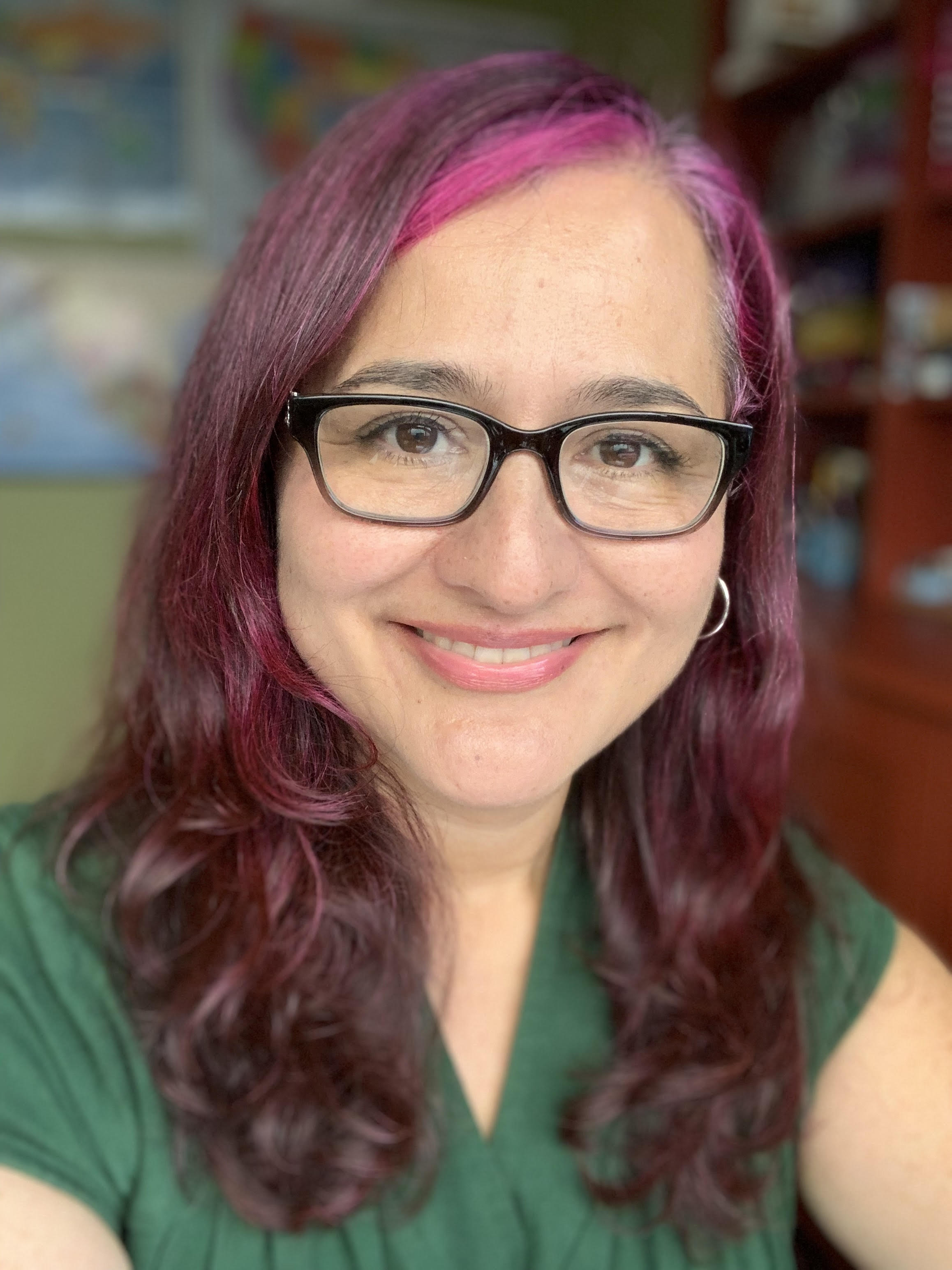 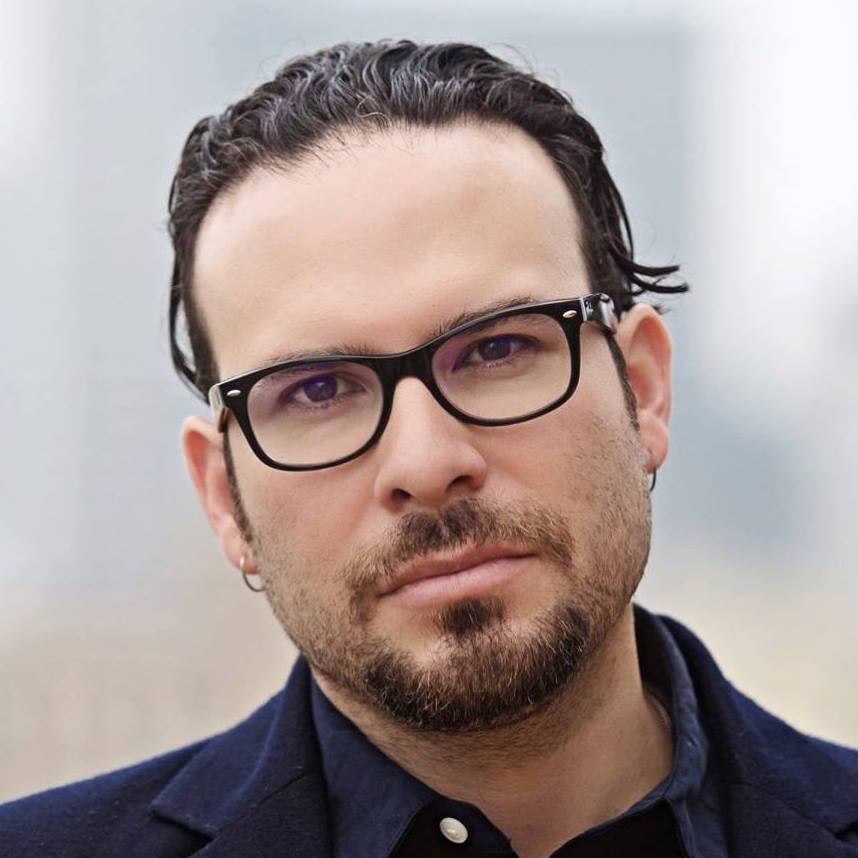 Michael De La Rocha, Board Member, drawing inspiration from soul music, classic singer-songwriters and socially conscious artists like John Lennon and Bob Marley, Mike de la Rocha has been described as a modern day Bob Dylan who’s taken his brand of acoustic folk-rock all over the United States and Europe. As a featured artist for Rock the Vote and a contributing writer to Russell Simmons’ Global Grind website and HyperVocal.com, Mike continues to garner national attention as a writer and musician. Mike’s also actively involved in reforming the juvenile justice system and advises a number of Congressional members and elected officials on the issue of violence prevention. Visitwww.mikedelarocha.com andwww.onestorymanyvoices.com for more info. 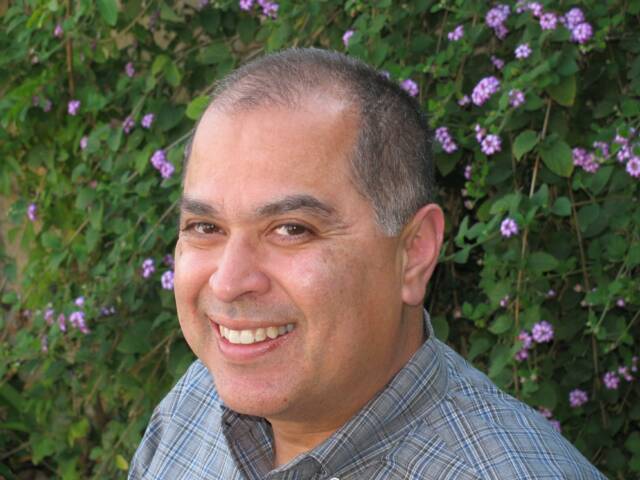 Daniel Olivas, Board Member, is the author of nine books including The King of Lighting Fixtures: Stories (University of Arizona Press), and Things We Do Not Talk About: Exploring Latino/a Literature through Essays and Interviews (San Diego State University Press). He also co-edited The Coiled Serpent: Poets Arising from the Cultural Quakes and Shifts of Los Angeles (Tía Chucha Press). Daniel's first full-length play, Waiting for Godínez, was selected for the Playwrights' Arena Summer Reading Series 2020. By day, he is an attorney in the Public Rights Division of the California Department of Justice. Daniel and his wife are the parents of a son (and UCLA graduate), Benjamin. Website: danielolivas.com. Twitter: @olivasdan. 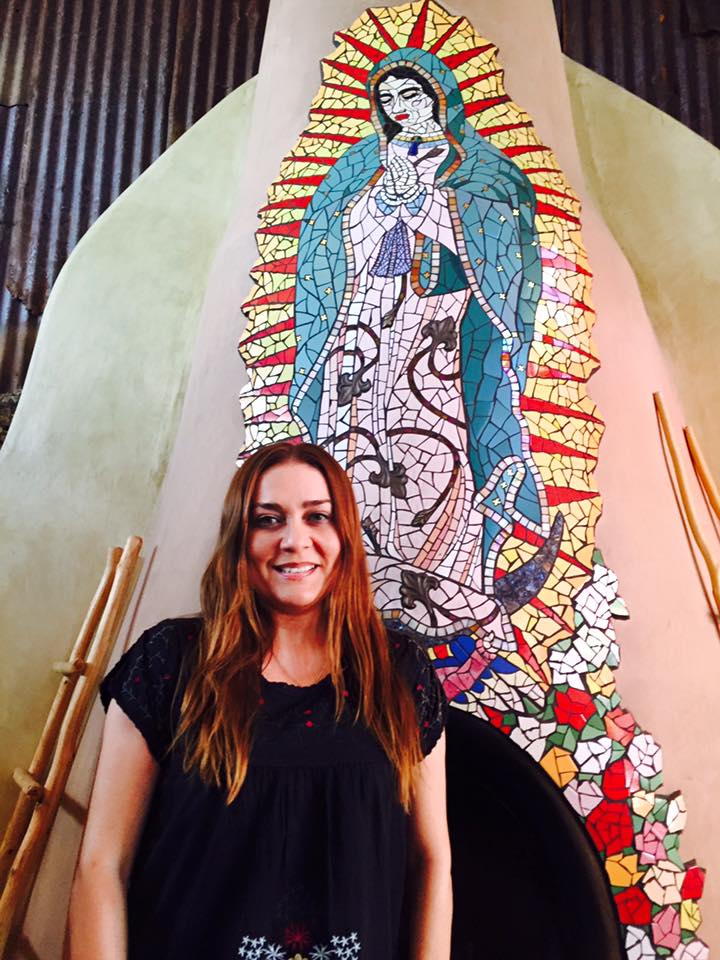 Denise M. Sandoval, Ph.D Board Member, is a Professor of Chicana and Chicano Studies at CSU, Northridge since 2002.  She received her doctorate in Cultural Studies from Claremont Graduate University in 2003, her Masters of Arts  in Chicana/o Studies from CSU Northridge  in 1995, and her Bachelor of Arts in Ethnic Studies from UC Berkeley in 1993.  She was the guest curator/community researcher for two exhibitions on lowrider culture at the Petersen Automotive Museum in Los Angeles:  La Vida Lowrider: Cruising the City of Angels (2007-08) and Arte y Estilo: The Chicano Lowriding Tradition (2000).  In May 2012, she co-edited a book with award winning author Luis J. Rodriguez titled  Rushing Waters, Rising Dreams: How the Arts  Are Transforming a Community for Tia Chucha Press which documents art activism in the Northeast San Fernando Valley. The book was awarded a bronze medal from the Independent Publisher Book Awards (IPPY) in June 2013 and also was awarded the PEN Oakland-Josephine Miles Award in December 2013. Her next book project is titled White Washing American Education: The New Culture Wars in Ethnic Studies, which is a co-edited two volume set with contributed essays on Ethnic Studies in K-12 and higher education to be published by Praeger in Fall 2016.  She has been a professor in Chicana/o Studies/Ethnic Studies for over 17 years and  teaches courses such as Introduction to Chicano Culture, History of the Americas, History of the Chicana/o and Third World Woman and La Chicana.  Her research interests include popular culture and the arts, cultural histories of Los Angeles, oral history and community histories. 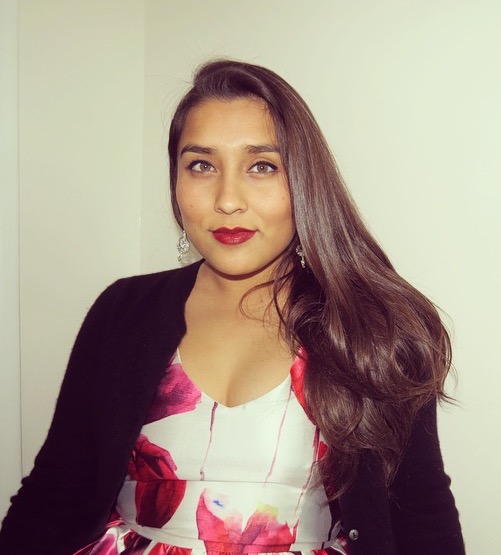 Alegna A. Gómez is currently a law student at the University of San Francisco School of Law with an interest in Intellectual Property. She is a student clinician for the Internet and Intellectual Property Justice Clinic, which takes pro bono clients, handling trademark and copyright cases from intake to resolution. She graduated from Occidental College, with a major in Diplomacy and World Affairs and a minor in Latinx & Latin American Studies. She is a transnational scholar that received formal education in Guatemala and India throughout her academic journey. Her past internships include working for the Education Rights branch at Public Counsel, one of the nation’s largest pro bono law firms, and co-writing a report on water and sanitation programs for the Development Programme of the United Nations. In June 2015, she joined Tia Chucha’s via the Los Angeles Arts Commission Summer internship as the Outreach and Volunteers coordinator. Her fundraising skills and adaptability made her part of the newly funded development team at Tía Chucha's. In 2017, she started a legal assistant position at Levitt Quinn Family Law Center and joined Tia Chucha's Board of Directors. Her passion lies in creating mutually enriching relationships between organizations that serve as resources for historically marginalized communities with intersecting identities.

Johnny Phung was born and raised in Sylmar and attended Los Angeles Mission College where he currently works full time. He graduated with a BS in Information Technology Management from National University. Johnny has volunteered at Tia Chuchas since its first location opened in 2001. He has been working with technology for over 20 years and has a passion for new and emerging tech in this digital age. At Los Angeles Mission College he has provided audio visual and technology support for the Arts Media and Performance Department and enjoys working with students on theatre productions as well as multimedia projects. In March of 2019 he founded the E-sports (electronic sports) Club. The club has hosted live and broadcasted live video game events in collaboration with other colleges such as CSUN and UCLA. His goal with Tia Chuchas is to be able to share his knowledge and experience with those in the community. 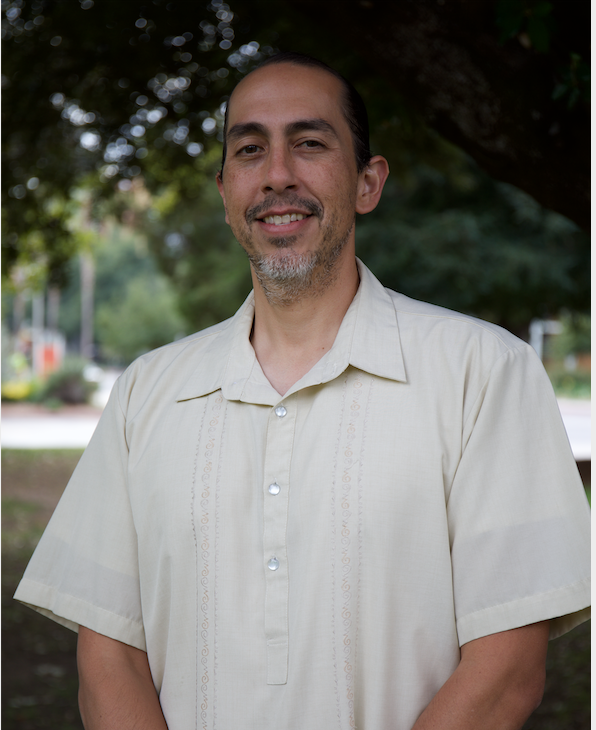 José Miguel Paez, (He/Him/His), Assistant Professor, joined the CSUN faculty in the fall of 2009 as a full-time lecturer. He received his MSW from the University of Southern California in 2001, with an emphasis on families and children. He earned his Ed.D from CSUN in 2020. His theoretical and research interests include decolonization, anti-colonial practice, critical race theory, feminism, intersectionality, liberation and transformative based-healing, historical trauma and healing centered engagement. Prior to teaching, he served as a bilingual outpatient clinician at Hathaway-Sycamores Child and Family Services, and worked with the USC School of Social Work and the USC Community Education Academy. He continues to provide ongoing consultation, mentoring, trainings and workshops, and clinical supervision within the community. José has a background in theatre, improv, spoken word, and was also a basketball coach at various levels for over 10 years.