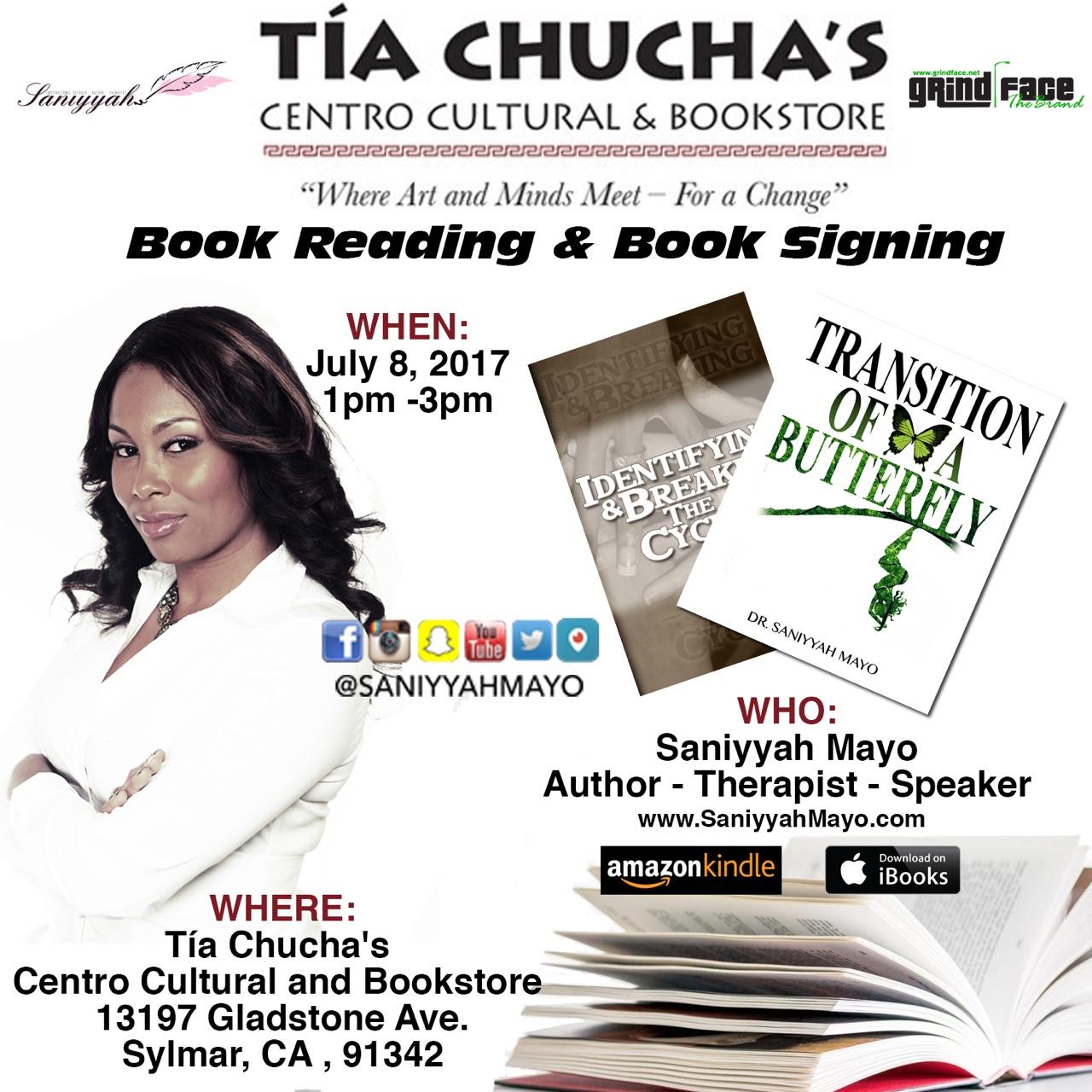 Join us for a Book Reading and Signing with Dr. Saniyyah Mayo, reading from her second book release Transition of a Butterfly.

"Cat is a sixteen year-old girl that moves from New York to California when she instantly realizes that the stories that she overheard over the years were snippets of the reality of her own life. After moving to California, Cat’s life makes a turn for the worse. Upon meeting her family, some embrace her while others overtly reject her. Confused by why family members met her with resistance, Cat would later find out why her mother fled to New York in hiding for so many years. Unlike her mother, she faces her fears head on, without compromise. Cat makes the decision that through her actions, she will not permit her past to predict her future."

Saniyyah Mayo is an African American author, motivational speaker and therapist. Her story is one of success. Despite all odds against her throughout her life she has earned her Master's Degree, written two books and a movie script. She is an inspiration to all.